I can't lie when I say that I am jealous of the parents who post on Facebook that they are desperately awaiting the summer holidays so they can start "making memories" with their kids.  Don't for a minute think I don't want to create said memories with my children however I know most of the memories from past experience.

Taking my tongue out of my cheek for a minute I will admit that in the past I have dreaded the holidays, to the point of waking in the night having a cold sweat. When Bella was younger (pre-school age) I had funding for her to carry on with her nursery sessions straight through the summer. That of course has now stopped, we get no respite and until last summer I had nowhere I could take her where she was free to roam about. 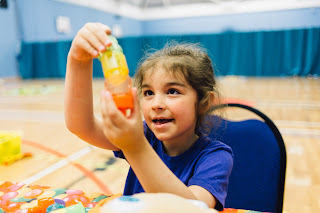 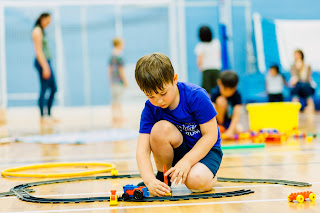 Last summer she had 8 weeks off school due to her school moving into a new building and I was on the edge. Rather than dive into a bottle of Gin face first I proposed the idea of setting up a disability friendly Stay & Play under the Square Peg Foundation name.  It would run once a week for a couple of hours in our local town and would be free to all user.  Most importantly it would be inclusive to siblings so whole families could come and play together as a group....or we could come and play as a group and Bella could lie under a table eating crisps playing her own.  Whatever.  If that''s what makes her happy then so be it. As long as she was safe, free from judgement and catered to (with toys and crisps) then so be it.

The uptake was amazing and over the summer 116 children came through the doors and "made memories" (OK I'll stop saying that now.)  It was everything we had hoped, so much so that this year we are running it in three locations across Birmingham.  Some families come once or twice and some families will come every week as it is a place they feel safe, they feel their children are safe and for an hour they can relax and maybe drink a hot cup of coffee. 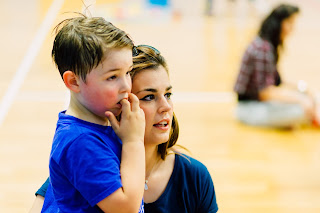 This summer holiday is needed, with one child going up into KS2 in September and one just finishing Reception this year has felt like a slog.  We all need a rest, even if that means not having to be up and dressed for 7.15am when Bella's transport comes.  I need a break from Bella's uniform battles and from Logan's apathy towards going to school at all. Logan is so excited for the summer and has been asking when Stay & Play is happening for weeks.  Bella, well I'm sure she's excited in her own way. She knows we have crisps, chocolate and all the playdough she can eat at them. What more could she want?

To find out more about out Birmingham Stay & Plays VISIT
Posted by Mysquarepeglifeblog at 02:14