I can't lie when I say that I am jealous of the parents who post on Facebook that they are desperately awaiting the summer holidays so they can start "making memories" with their kids.  Don't for a minute think I don't want to create said memories with my children however I know most of the memories from past experience.

Read more »
Posted by Mysquarepeglifeblog at 02:14 No comments:

People often tell me that they don't know how I "cope" with looking after Bella and all the support she requires, adding Logan and his anxiety in the mix and people tend to think I'm a veritable Mother Theresa.  Let me tell you now I AM NOT! 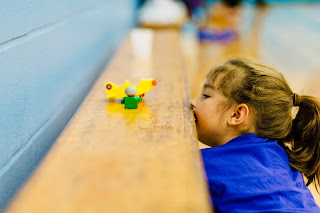 Bella was born and grew up and her quirks became more obvious, she has always been the same, she's just bigger now. Some days are harder than others and some days are harder still but it's just the way it is.  One day she will come and take your hand and say "chocolate milk" and your heart melts. You forget about the screaming and the flooding and the negatives and you move heaven and earth to get her the damn chocolate milk.

This is my normal.  For years it was just us three wrapped up in our little bubble of weirdness and I never cared, It didn't bother me if Bella lay down in a supermarket or screamed all the way down the street in her buggy (not in a neglectful way of course.) I immersed myself in the Special Needs community and still joke that I have no friends with "typical children."

Our normal is having a 7 year old in a buggy, is a 7 year old in nappies who has never eaten a vegetable or a piece of fruit. Its choosing a restaurant based on whether they have chips and nuggets and dismissing ones without. It's knowing that your 5 year old can't talk to people he's known for years and yet will randomly take to a new person like he's known them forever.  It's carrying sachets of Nutella around in your bag along with nappies and wipes as standard. It's not flinching when your daughter screams at the top of her voice to hear her own echo and learning to simply not see the staring public. 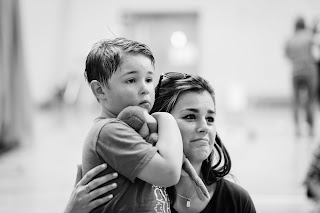 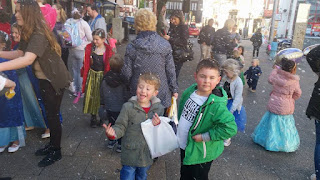 This is all well and good until you open your family up to an outsider. Introducing your children to a new partner is always a minefield, when they are the kids written about above it is really only going one of two ways.  Our normal is still our normal I just had to remember that I do sometimes need to explain that normal to other people.  Thankfully I now feel like I have someone else in my corner, someone who will run round to the corner shop at 8pm because Bella dug deep inside herself and requested chocolate milk, someone who is so happy to get a high five off her everyday and who I hear happily chatting away to her while she fully ignores him while watching her iPad.  We have been fully accepted and that is perfect.  Explaining the quirks of both my two took a little a bit more creative wording when explaining Bella particularly to his 5 year old...yes we have two 5 year old boys between us and no they would never be mistaken for anything other than Logan and his much younger friend/sibling. 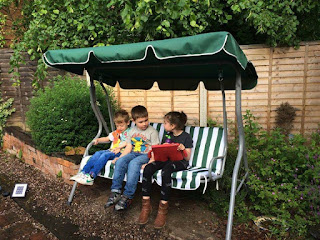 We are finding another normal as a 5 which still involves nappies and Nutella, Lego and laughter, milkshake and meltdowns.  It's just life isn't it.
Posted by Mysquarepeglifeblog at 23:11 No comments: